X
X
10%DISCOUNT
WITH CODE
Use TSOMS10 at checkout and get 10% discount.

With more than 350,000 tons of clothing per year, the fashion industry is the second largest polluting sector. The process of production of clothes on an industrial scale, affects nature in a most detrimental way. A large amount of energy, water and chemicals is spent on the production of fabrics.

At the Copenhagen International Fashion Fair this year, a lot of time was devoted to the issue of ethical fashion: the demand for more “green” clothes has been recognized as the most popular trend in the fashion world of recent times! World famous brands decided to make money on a new trend. And this means that very soon we will be able to see new “green” models of clothes not only on the shelves of H&M, but also at other fashion giant corporations! 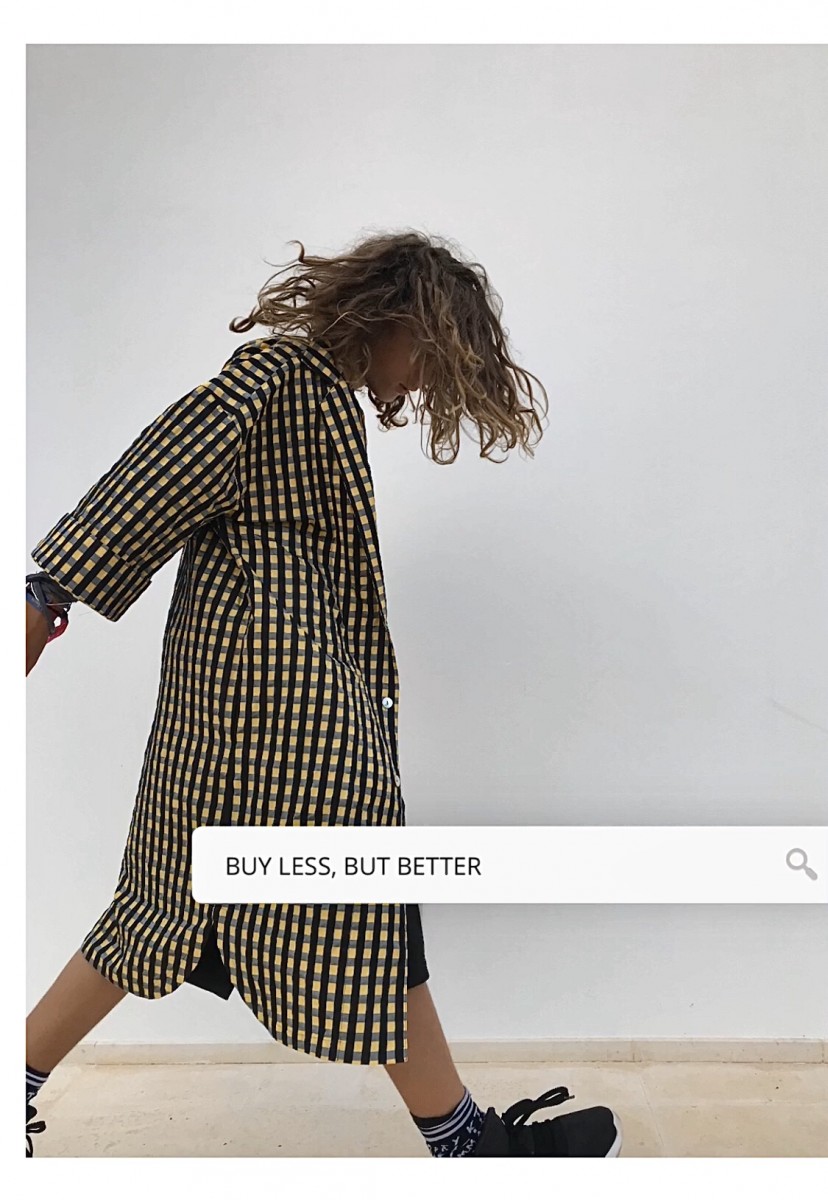 Although The Shirt of My Sensei brand is not yet a giant in the fashion world, it still follows the green movement and supports it in any way. The unique and universal shirt is designed for many years of service and off-season wear. Think about the environment now!

According to Greenpeace, every year in the world produces two billion jeans. To create one of these pants requires up to 7,000 liters of water, one T-shirt costs the planet 2,700 liters - this is how much an average person drinks in 900 days.

Each year, one mass-market brand updates its collections about twenty times, attracting customers with low prices and new models. This helps companies save on storage space: sewn collections are immediately taken to stores. Knowingly increased turnover brings more profit due to the quantity sold. Thus, this contributes to a linear economy, when things are produced, used and discarded, not getting a second life, not closing the chain, but breaking it off.

Slow fashion is based on a closed clothing use chain. There are many ways to consume less, thereby preserving natural resources and protecting the environment from pollution.

When we buy another conditional blouse in a fast-fashion store, we rarely think about how and by whom it was sewn. Now more than 300 million people are involved in the production and sales chain of the clothing industry, many of whom, especially in the factories themselves, are suffering terrible conditions. In Bangladesh, in the Rana Plaza building on April 23, 2013, large cracks were noticed, after which an order was received to evacuate all people. The heads of the clothing companies decided not to stop work so as not to lose profits. As a result, the building collapsed the next day, killing more than 1,100 people. For failure to fulfill the plan, workers are often forced to work overtime without pay, given that the working day is sometimes close to 20 hours a day and women work six days a week.

According to the British Ellen MacArthur Foundation, total greenhouse gas emissions from textile production for the year are 1.2 billion tons. They contribute to an increase in temperature on Earth and, therefore, climate change. In addition, colossal natural reserves are used: according to the Global Footprint Network, as many resources are spent on clothing production per year as can be restored in only a year and a half.

But what happens to the thing that happens to be in the landfill? Textiles made from natural fabrics decompose for about 2–5 years, and, according to the International Wool Textile Organization, synthetic products require 30–40 years for decay. Things in good condition can be given to orphanages, for example. Or give it to recycling.

Buy less, but better. Go to a more expensive store and buy some well-made models made of good fabrics that will last longer in the future, instead of buying packages of unnecessary clothes that will soon lose their market appearance. Slow fashion is only part of the principles of green living. Remember how much resources are spent on jeans alone. Is this not enough? That is why it is so important to come to awareness and understand what trace each new thing leaves on a global scale.